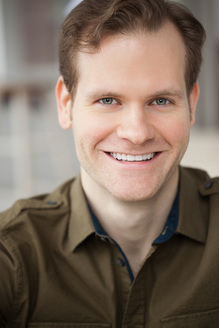 J. Austin Eyer currently holds the position of Dance Coordinator and Assistant Professor of Theatre for The Pennsylvania State University.  He also works as the Head of Music Theatre for the summer program Musiktheater Bavaria where he also teaches acting and movement in Oberaudorf, Germany.  As a performer he has been seen on BROADWAY in: Evita, How to Succeed, Billy Elliot (u/s Tony), The Little Mermaid (u/s Prince Eric), Curtains, and The Secret Garden (Colin).  Austin choreographed the long-running Off Broadway production of My Big Gay Italian Wedding, and has choreographed for the Macy’s Thanksgiving Day Parade, the Edinburgh Fringe Festival, Disney World and Universal Studios. He remains on faculty with CAP21 (faculty member since 2003), Broadway Dance Center and Broadway Donation in New York City, and teaches for programs around the world like Theatre Arts Center, Broadway Connection, NYU, Joop van den Ende Academy in Hamburg and the Showa University of Music in Japan. He is also a Competition Judge for Headliners Dance. 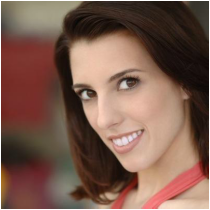 Lyndy Franklin Smith performed on Broadway in the original company of the 2006 Revival of
​A Chorus Line (Dance Captain/Swing/Understudy for Bebe, Maggie, Kristine and Judy) and in Disney's The Little Mermaid (Swing).  She also spent three holiday seasons at New York City's Radio City Music Hall in the Christmas Spectacular and toured with Fosse and White Christmas.  She now resides in her hometown of Lexington, Kentucky where she is a founder (along with her husband, Jeromy Smith) and the Artistic Director of The Lexington Theatre Company a new professional regional theatre.  She also teaches, directs and choreographs at the University of Kentucky.  She and Jeromy also direct Town and Village School of Dance.  They still travel the country working as freelance choreographers, directors and master teachers. She is so proud to watch the next generation find their love for theatre and she hopes to inspire and guide as many as she can along the way.
Click here to join our Mailing list for Updates!